So Corsair broke the GPS and we stopped collecting data for awhile, given we'd answered our primary question of does Corsair have a different home.

But we have recently aquired two new GPS's and a new kitten - so its time to revive the experiment.

Unfortunately we lost our beloved Jumble cat to cancer at the end of last year.  He is very missed.

However, a lovely new tiny black kitten made his way into our hearts and lives, his name is Bento, he is a black domestic short hair who is currently about 20 weeks old. 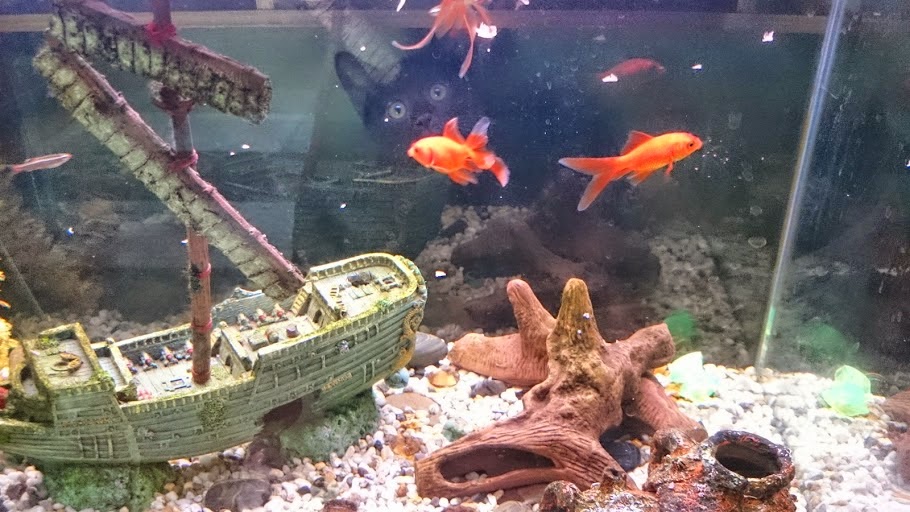 We also recently watched the BBC documentary, the Secret Life of Cats, where GPS trackers were put on 50 cats in a village and their movement tracked and analysed.  We were interested to note that the conclusions largely matched the conclusions that we had made with our sample of three cats.

The information we didn't have, was do the cats share space outside or go there separate ways.  So we have purchased two new GPS trackers with the goal of answering a couple of questions.

One has been placed on Magellan. Magellan is not impressed with the new kitten so has been staying away more often.  Where is he going?

We also intent to put the new unit on Corsair and time match the data from both cats.

The second has been placed on Bento. With the goal of finding out how far does the new kitten wander while he is young and still learning the outside world.

Here is a photo of Bento testing his GPS harness. 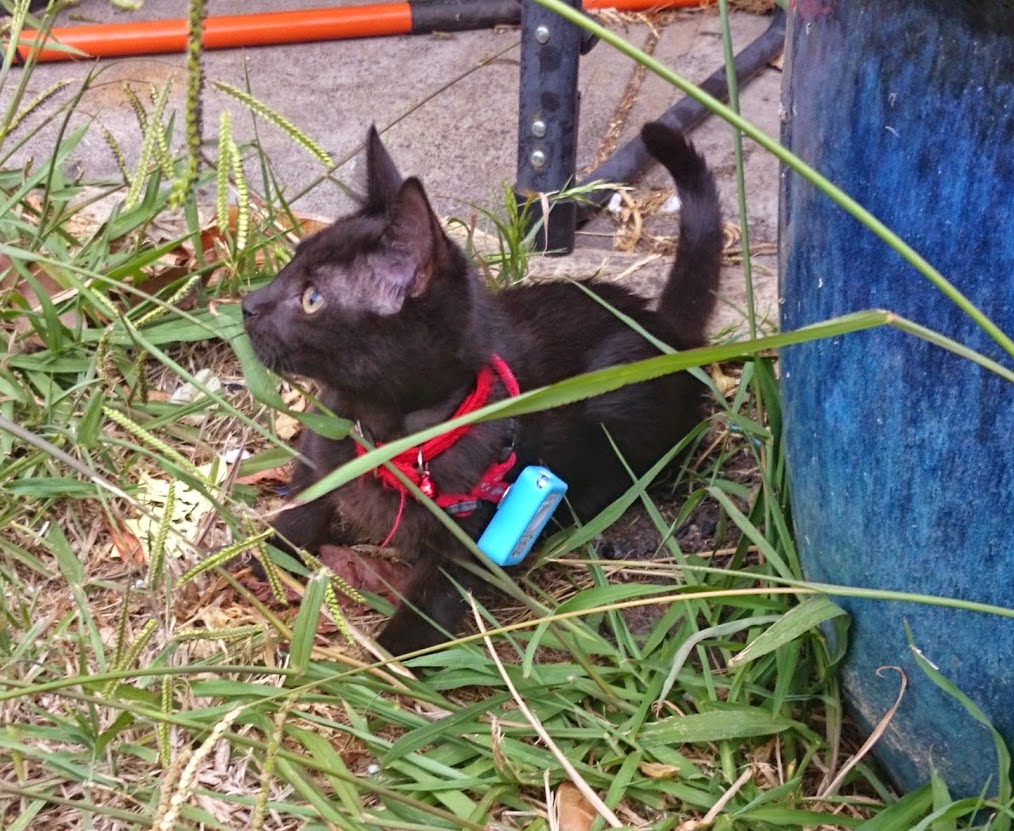